Elancyl Slim Design Flat Stomach a Anti Cellulite Cream is presented by its manufacturer as a cream specially designed to eliminate and prevent rebellious cellulite. It is an anti-cellulite care that works in three stages: destocking, drainage and de-stiffening. Cellulite, long considered wrongly as a disease, is rather an aesthetic disgrace that haunts the lives of many women. These malignant deposits of fat that come to nestle at the buttocks and thighs, give the body that aspect “orange peel” which disturbs.

Slim Design would be a good anti-cellulite ally or just another product that surfs the wave? Would his formula be adapted to the fight of fat on the thighs and buttocks? What are the arguments put forward by its sellers? 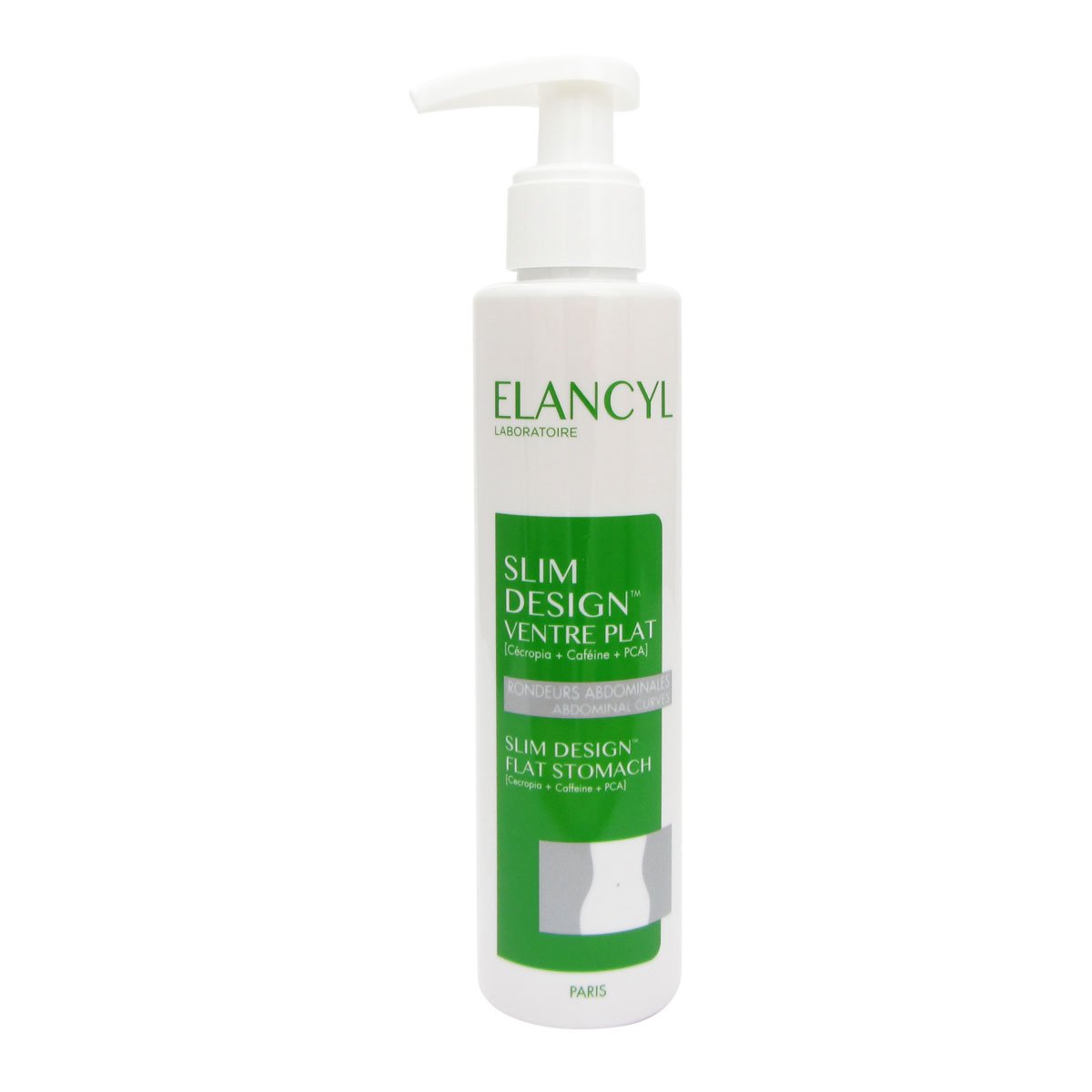 ELANCYL Slim Design would be a solution that will overcome your cellulite in 24 hours? No, that’s not what the manufacturer of this cream claims. It offers a 28-day program for the entire cure. Speaking of 24 hours, it refers to the duration of action of a cream application: it is active for a day and a night, which is “not bad” if you enroll in a massage routine daily. Moreover, Elancyl recommends specific massage sessions to guarantee the effect of its product. We will talk further about this massage.

THE PROMISES OF SLIM DESIGN
Elancyl (a brand of the Pierre Fabre group ), presented on its official website as a slimming expert since 1971, began with a range of slimming products (glove, soap, gel, cream, bath) based on ivy. At the dawn of the 80s, the laboratory introduces another slimming component that is no longer present: caffeine. This manufacturer will then specialize in products around caffeine and, after research for ten years, he will release the complex [Complex Caffeine] 3D which will be considered as the first anti-cellulite complex.

Slim Design is considered, therefore, by its manufacturer, as the first care that fights against the 3 dimensions of cellulite, namely destocking, drainage and de-stiffening. The first results are expected from the end of the first week.

It would be an anti- cellulite revolution in 3 acts, thanks to the [Complexe Caffeine] 3D which would be able to act on the 3 major factors of cellulite for a visible smoothing of the orange peel.

In addition, Slim Design takes advantage of its so-called smart texture. These are reflective pigments that promote significant optical smoothing immediately, from the first application. This reflection technique is also used by other manufacturers in other anti-cellulite cream formulas.

The essential component of Slim Design is the [Caffeine Complex] 3D which is considered by its manufacturer as a unique complex of anti-stiffening assets. Recall that it took some 10 years of research to release this complex that combines unprecedented 3 assets with the effectiveness already demonstrated. Ivy, caffeine and salacia (a unique plant active agent that acts directly on the stiffening of the connective tissue, one of the main responsible for the appearance of orange peel).

CAFFEINE + CÉCROPIA ( DESTOCKING )
Slim Design Cafeine 3D Complex Caffeine, known for its action on the chain of lypolitic degradation, can destroy fat. It is an omnipresent component throughout the Elancyl range. The caffeine of Slim Design is reinforced by the addition of a natural and vegetal active, come from Guyana, namely Cécropia. This plant has effects that activate the degradation of triglycerides contained in the adipocyte diglycerides which allows to destock rebellious fat.

IVY (DRAINAGE)
Ivy, another flagship and historic asset of the manufacturer of Elancyl Slim Design Flat Stomach a Anti Cellulite Cream, is here to reinforce the elasticity and firmness of the skin. Its action is ascertainable on the quality of the collagen which slows the glycation of the fibers (phenomenon at the origin of the stiffening of the tissues). The effect of ivy is potentiated by a specific massage based on a special technique of palpated-rolled. Ivy promotes physiological drainage and elimination of toxins.

This fresh, soft and very pleasant to apply gel contains a formula for caffeine delivered for 24 hours to first destock fat and block lipogenesis, as well as light reflecting pigments to obtain an immediate optical smoothing skin.